"Absence and Presence" is a collection of original prints made by artists from around the world in response to the bombing of Al Mutanabbi Street in Baghdad, Iraq on the 5th March 2007. 260 artists from many parts of the world were invited to make a new original print responding to the bombing on the theme of ‘Absence and Presence’. A selection of these prints will be exhibited at Exeter Central Library from 1st February to 30th March and at Kaleider on 4th March.

Al-Mutanabbi Street in Baghdad, has been the heart and soul of the Baghdad literary and intellectual community and a thriving centre of Baghdad’s bookselling and publishing for many years. The explosion took the lives of thirty people and destroyed a large portion of the neighbourhood. The book sellers, who survived, rebuilt their stores and are once again in business. They sell works by Sunnis, Shiites, Christians, and Jews, children's books, and progressive publications from around the world.

Through the efforts of Beau Beausoleil, a poet and San Francisco bookseller, a coalition of poets, artists, writers, printers, booksellers, and readers has been created over the years following. Responses in letterpress printing (130 broadsides), artist books (260 artist books), poetry and writing (published anthology by PM Press), activist bookmarks (Marker of Witness), and now original prints under the theme and title of "Absence and Presence". Exhibitions, events and readings, at venues around the world reach communities and stimulate debate and dialogue. Currently there is a city-wide festival in Washington DC dedicated to the Al Mutanabbi Street project.

Posted by Luch Càise-Dearg at 06:37 No comments: Links to this post


This week's production by High Wall Theatre Company at the Barnfield Theatre presented a new level of sophistication from a company already well known for highly polished performances.

High Wall was formed in 2014 by drama graduates Dan McNiell and Ben Gilbert (who made these pages in 2012 when they participated in a drama project called "Shakespeare, No Copyright" with the post-graduates at the Northcott Theatre - see "End of Term Music and Theatre"). They were joined by Harry Kingscott (who had recently taken on voice and movement direction with Anthos Arts for their community drama project "Wings in the Way" - see "Anthos Arts Final Rehearsal"). For their first production they were joined by Laura Brown, who choreographed an eight-man movement drama project called "The Alpha Effect" - see "RAW: The Alpha Effect". A year later (September last year) Laura choreographed a one man performance by Harry Kingscott of  "Ivan and the Dogs" by Hattie Naylor at the Barnfield Theatre, directed by Dan McNiell and produced by his wife Laura McNiell - see "High Wall Theatre: Ivan & the Dogs".

This week, four months later, they returned to the Barnfield to present the seventeenth century masterpiece by renaissance playwright John Webster, "The Duchess of Malfi". This four hundred year old play is based on real events which happened a century earlier. The Duchess (Giovanna d'Aragona) defied convention and secretly remarried after her husband's death. Not only was her chosen second husband of much lower social status (Giovanna was the grand-daughter of Ferdinand I of Naples, while her new husband, Antonio Beccadelli di Bologna, was merely a steward), but she also proposed the marriage, which was quite unheard-of.

Her two brothers, Ferdinand Duke of Calabria and Cardinal Lodovico, became so beside themselves with rage that they spied on and harassed her, and subsequently conspired to kill her and her entire family (Giovanna and Antonio by this time had three children). The two brothers are assisted in their persecution of their sister by the Cardinal's former servant, and ex-convict, Daniel de Bozzola, who is now in the pay of Ferdinand. Their efforts are opposed, and to some extent foiled by the solicitous care of Giovanna's lady-in-waiting Cariola. (In Italian, 'cariolo' is the name for the kind of truckle-bed on which Cariola would have slept.)

In a return to the gender reversal of the "Shakespeare, No Copyright" project in 2012, Cariola becomes a man-servant called Cariolo, and is played by Richard Knox as a very engaging Irishman. Rather more contentiously Antonio becomes Antonia, and is played by Paige Evans. The conception of the three children of her marriage to Giovanna is left intriguingly unexplained.

In another departure from the original play, Laura Brown added extensive choreography to the dialogue throughout, and additional dance and movement routines to link the acts. The strenuous gymnastics that accompanied the elaborate set-up for murder was fascinating to watch - and helped keep the audience focused on the complex story line that was unfolding.

The play was presented in one act, which saved the whole rigmarole of an interval spent in the bar. However a sudden darkening of the mood made it clear when 'Round Two' had begun. The ensemble dancing of Ortensia Fioravanti, Elena Martin, Samantha Theobald-Roe and Sally Wood, which had been delightfully entertaining, became more sinister, and their rôles altered as they changed from servants to soldiers and arresting officers. Ortensia also doubled up as the doctor who diagnoses Ferdinand's psychosis, while Elena was also Julia, the ill-fated lover of Cardinal Ludovico. Samantha filled the vital rôle of Delia - a feminised version of the original Delio, who was a courtier and confidant of Antonio.

Even before the play began, the Duchess and her two brothers dominated the stage in a frozen tableau involving all the actors. As the lights went down, they came to bizarre and disorganised life - setting the scene for the madness to follow. Sally Naylor, in scarlet gave a rivetting performance, stoutly resisting the aggressive controlling behaviour of James Elston and Chris Harknett, whose crimson waistcoat, red-trimmed mozzetta and scarlet fascia reflected both their family connection and the heated confrontation between them.

The frenzied rage of James Elston's Ferdinand is likewise countered by the icy coldness of Chris Harknett's Cardinal. The Cardinal's grim determination, however, does not help him any more than Ferdinand's extremes. (Ferdinand is eventually diagnosed as suffering from lycanthropia - he has become a werewolf!) Perhaps most impressive is Richard Knox's calmness, honesty and loyalty as Giovanna's servant Cariolo. Antonia, initially non-plussed by Giovanna's proposal of marriage, is also a steadfast rock in the maelstrom created for Giovanna by her brothers.

The violence, when it comes, is overwhelmingly terrifying. No one is safe, and all the main characters meet a very unsavoury end. Few modern horrors can match the ferocity of the brutal conclusion to this play's action. The photographs below give just a taste of the cruelty involved. Here, almost as an aside, the Cardinal has himself been carrying on a love affair with Julia, the wife of a certain Lord Castruchio (the name implying castration - and/or cuckolding). Elena Martin steps up to the plate as Julia, only to be callously murdered by Ludovico.

The carnage briefly abates to allow a soulful reunion between Giovanna and Antonia. (It is not quite clear at this point whether they are already dead.) This touching scene concluded a spectacular, if gory, stage production in the round, which fulfilled all expectations for the latest production of High Wall Theatre Company.

Congratulations to all the team members - including many new actors, a new Stage Manager (Lucy Corley) and Technical Operator (Jonah Taylor). Dan and Laura McNiell were Director and Producer again. Laura Brown was Choreographer, and - last but not least - Harry Kingscott returned as Artistic Director. A great team and a great show. Well done all.

Posted by Luch Càise-Dearg at 17:21 No comments: Links to this post 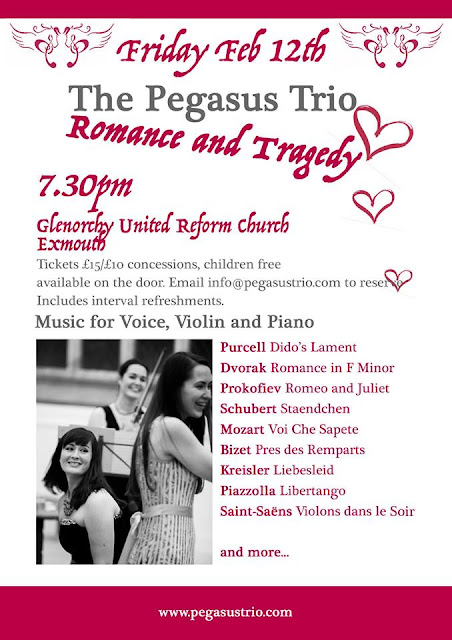 Posted by Luch Càise-Dearg at 07:46 No comments: Links to this post