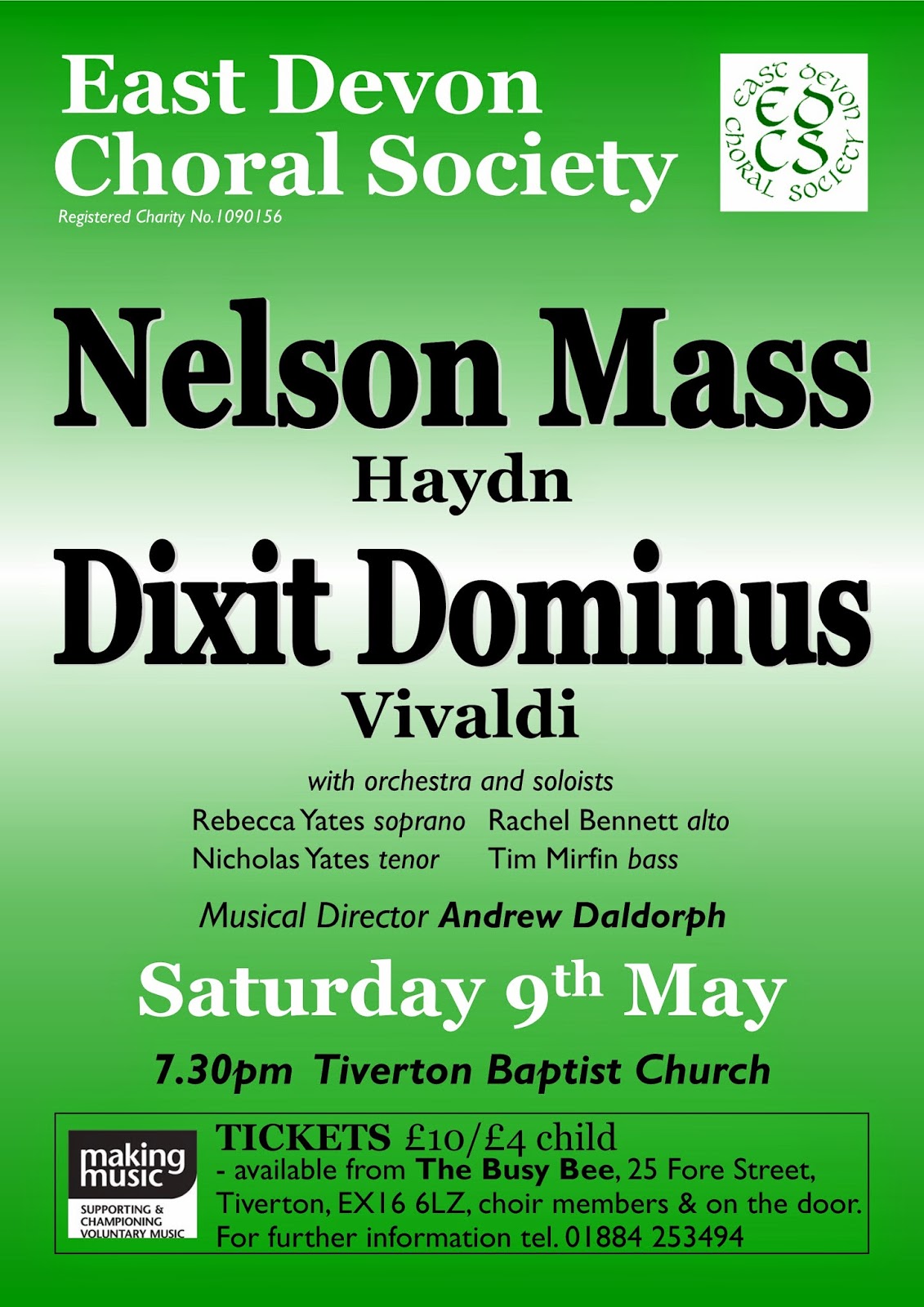 Posted by Luch Càise-Dearg at 07:03 No comments: Links to this post


Rehearse and perform challenging repertoire alongside a team of world-class orchestral professionals under the direction of Bournemouth Symphony Orchestra's engaging and talented Leverhulme Young Conductor in Association, Frank Zielhorst.

If you are Grade 8 and above (or hold a recognised equivalent level 3 or 4 instrumental qualification) on an orchestral instrument and live in the South West, then this is an opportunity not to be missed!

Fees: £350 residential, £270 non-residential
(bursaries are available to help cover the cost of the course) 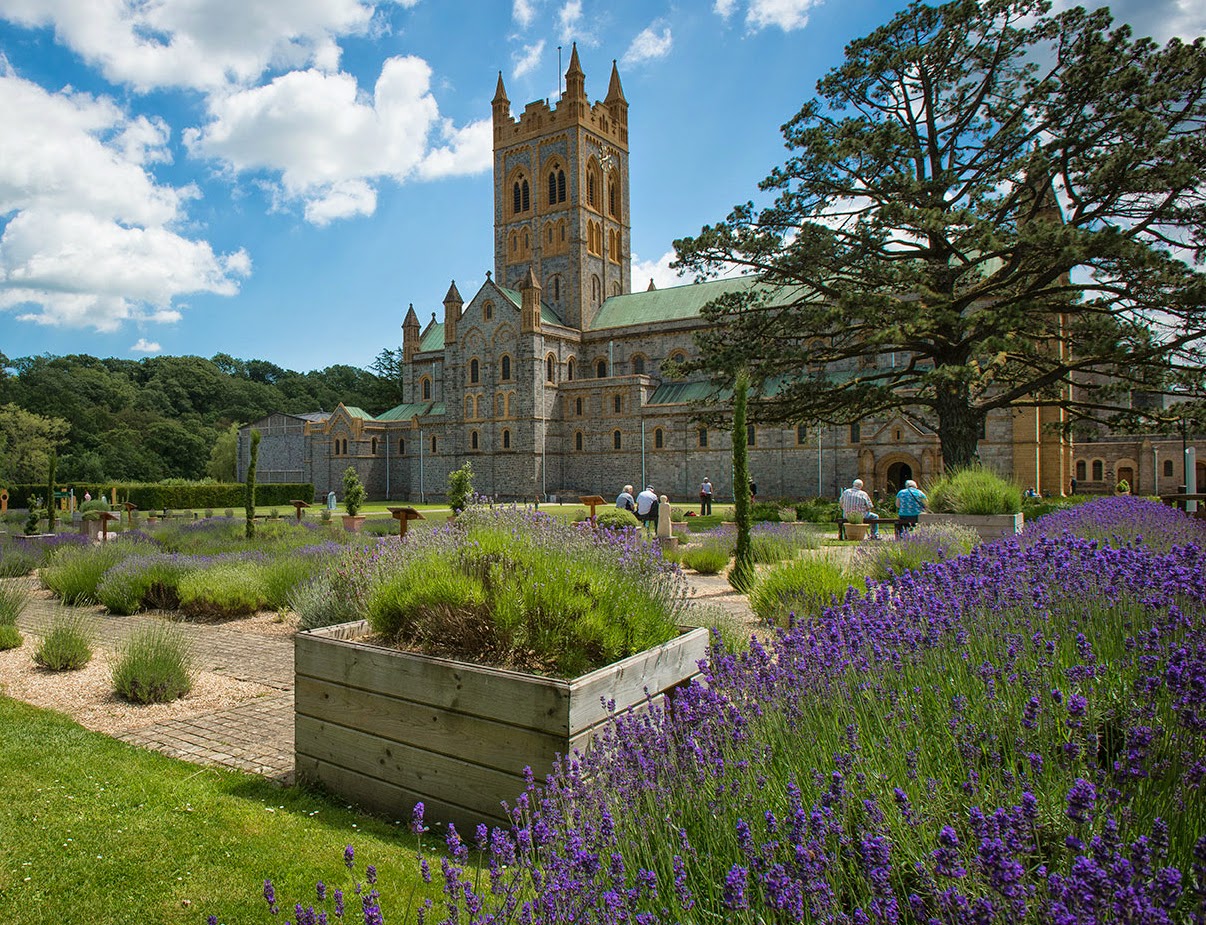 We are delighted (and very excited) to announce that our next concert on Sunday March 15th will be given by the Exeter Railway Band, the concert will be at the Northcott Theatre starting at 2:00pm and, as it's Mothers' Day, there will be some yummy offerings for all mums, very kindly provided by the lovely Emma's Bread at The Real Food Store.

The band was founded on 15th October 1944 by a group of railway workers who formed a sub-section of the Southern Railway Recreation Club. This club lent them £100 to purchase a set of instruments and the first official rehearsal was held on 12th January 1945 and from that date, rehearsals have been held nearly every Tuesday evening, only allowing for occasional concerts on that evening.

The founding name of the band was "Exeter & District Southern Railway Band" but when the railways were nationalised in 1948, the band changed its name to British Rail (Western Region) Band. Subsequently, with changes of regional control, it was decided to use the title Exeter British Rail Band.

Although the band has been self-supporting from the start, it had been very fortunate to have the use of a rehearsal room on Tuesday evenings at Exeter Central Station. This facility continued by courtesy of the Railtrack contractors, Amey Railways, until 1997 when they were asked to vacate the Conference Room.

Storage space for music, spare instruments and jackets is still provided in an adjoining room. Subsequent moves have been to British Red Cross HQ in Butts Road and in 2003 to John Stocker School (now called Bowhill Primary School) where the Band currently holds rehearsals.

The railway logo, consisting of two parallel lines with embedded arrows, is immediately recognisable on road signs and maps denoting railway stations and was previously used by British Rail. Use of this logo is now controlled by the Government's Department of Transport so the band enlisted the help of local Member of Parliament, Ben Bradshaw, who wrote to the Secretary of State, Gavin Strang, to obtain the necessary permission. This was immediately forthcoming by means of a letter from Glenda Jackson, the then Transport Minister.

The band members chose the name "City of Exeter Railway Band" and decided to include the castle motif from the city coat of arms. Councillor Chester Long was most helpful and the permission plus the official copy of the crest were obtained.

Regular concerts have been held in the summer and at Christmas for the last 27 years. The annual Mayoral Christmas Concert in the Exeter Cathedral featuring the band, the Police Choir and various school choirs has been given for the last 18 years, the first at short notice as the Royal Marine Band had to go overseas.

We are pleased to announce that the BBC Radio 2 Young Chorister of the Year,Helena Paish, will be joining us and The City Of Exeter Railway Band in a special concert for Mother’s Day this Sunday 15th March 2pm at The Northcott Theatre.

We are pleased to announce that the BBC Radio 2 Young Chorister of the Year,Helena Paish, will be joining us and The City Of Exeter Railway Band in a special concert for Mother’s Day this Sunday 15th March 2pm at The Northcott Theatre.

As usual the concert will be presented by Earworms' host Mervyn Bedford.


Rathbone Investment Management is sponsoring the Royal Albert Memorial Museum Development Trust's fourth series of classical concerts at the museum in April, May and June 2015.

Following the successful concert series held over the past three years, RAMM’s Development Trust has organised another series of classical concerts.

On Wednesday 20th May, violinist, Soh-Yon Kim and pianist, Maksim Stsura will be playing Beethoven, Debussy, Brahms and Sarasate.

To close the season, The Solem Quartet, winners of the 2014 Royal Overseas League Ensemble competition, will be playing Haydn, Beethoven and Mendelssohn on Wednesday 17th June.

“We are delighted to be supporting RAMM Development Trust for the third year with their excellent programme of classical concerts. It is amazing to be able to attract world class musicans to such a central location in Exeter where the audience can enjoy an intimate experience surrounded by wonderful art.”

All concerts commence at 7.30pm. Museum doors open at 6.30pm. Drinks are available prior to concert and during the interval. Tickets cost £18 (concessions £16) each or Season tickets costs £50 (concessions £44).


It was a cold dark night, just before Christmas.

In the spacious church at Southernhay, a small group of enthusiastic music lovers waited to hear a rare recital by two Russian classical musicians. Both are from Tula, south of Moscow, and studied music together at the Dargomyzhsky College of Music (which has since been renamed the Dargomyzhsky College of Arts). Ekaterina Shetliffe now lives in Paignton with her husband, fellow pianist Lee Shetliffe. Yulia  Northridge lives in Derby, so it is always a special occasion when audiences can hear them play together.

The evening was billed as Saint-Saëns, Tchaikovsky and Rachmaninov, but the recital started with something very different, and very spectacular, which put all thoughts of the winter cold from everyone's mind. With very little preamble, Ekaterina introduced Max Bruch's First Violin Concerto. Bruch composed the concerto for  Otto von Königslow while he was teaching in Koblenz in 1866. Bruch himself conducted the première. Two years later Joseph Joachim played a revised version at Bremen.

In the duet arrangement, Ekaterina provided the sound of the full orchestra on the piano, while Yulia gave an exquisite and enrapturing performance of the violin solo. The effect was stunning. The beautiful tone of Yulia's violin floated above Ekaterina's complex and impressive piano performance.

They played all three movements. First the vorspiel (allegro moderato), followed by the gentle adagio, and finally the extraordinary allegro energico. Needless to say, the energy was amazing throughout.

Incredibly, the two performers, in full evening dress, then met the audience in the foyer of the church and served hot drinks. They also discussed their music and plans for the future. With no time at all to relax or rehearse, the duo led the audience back into the church for more musical marvels.

With their indefatigable and idiosyncratic optimism, Ekaterine and Yulia opened 'round two' with the opening allegro of "La Primavera" (Spring) from Antonio Vivaldi's "Le Quattro Stagioni" (The Four Seasons). Ekaterina's piano part was deceptively simple, but complemented Yulia's delightfully anachronistic trills on the violin perfectly. The sound quickly transported us to a warmer and more sensual place.

Ekaterina then introduced the composer whose music we had all come to hear. They played the final movement from "Souvenir d’un Lieu Cher" (Memory of a Clear Place), which Pyotr Tchaikovski began composing at Montreax in 1878. The "Méditation" was completed in Switzerland, and the other two movements  during a fortnight's holiday on the Ukrainian estate of his patron Nadezhda von Meck. Ekaterina and Yulia forewent the Méditation, and the subsequent "Valse-Scherzo", to play the final "Mélodie".

What a beautiful and delicious sound. Yulia poured emotion into the violin part while Ekaterina embellished perfectly in the bass.

In a complete change of mood Ekaterina and Yulia then played "Syncopation" composed by Fritz Kreisler in 1926. This strange mix of ragtime and Scottish dance - with a large dash of big-screen pathos - was certainly a surprising departure. However, the way the two musicians played, one might think we were still in Russia.

It was therefore a small step to the the blissful piece for piano and soprano voice, "Vocalise", composed by Kreisler's contemporary Sergei Rachmaninov in 1915. Since it was written, virtually every instrument has been pressed into service to sing the soprano part - particularly the violin, which is perhaps the most popular.

The song has no words, so no transcripts are needed. Voice or strings, the message is always abundantly clear. Rachmaninov was deeply affected by the premature death of his fellow student at the Moscow Conservatory, pianist Alexander Scriabin. Scriabin, like Rachmaninov was only 42 at the time. Although moved to write "Vocalise" as the last of his "Fourteen Songs", Rachmaninov never played his own compositions in public again - always insisting, "Scriabin only."

How lovely to hear Yulia sing this perfect song on her violin, softly and subtly supported by Ekaterina on the piano.

The parting word for the duo was a piece specifically composed for the violin. "Csárdás" (meaning "A Hungarian Tavern") was composed by Vittorio Monti in 1904. The ponderous piano opening by Ekaterina led to an overwhelmingly sad introduction by Yulia on the violin. Soon however, the music changes to to a lively circle dance. Forget all your troubles - for a while!

Having whipped the dancers into a frenzy of excitement the tune returns to the mournful refrain, picked out in harmonics. Finally the dance begins again in earnest, flying through three variations before the final crashing chord.

A fabulous ending, and a fabulous concert.

Tune in to Phonic FM at 10 am on Tuesday 10 March to hear the whole concert on "Classical Journey" - especially the Bruch Piano Concerto, which is out of this world.

Anyone wanting to hear Ekaterina in concert again, has not got long to wait. Ekaterina will be accompanying soprano Claudia Alvarez Calderon in a recital of Italian opera arias, and Peruvian folk songs this weekend. They will be in Studio 3, Dartington Space at 7.30pm on Saturday 14 March.