"The Greatest of the Great"

Just two of the headlines that have appeared in the press following this year’s festival.

The level of artistry at this year's Two Moors Festival was astounding. The audience, regardless of age or musical knowledge went home uplifted as a result of listening to music played at a standard of performance that could not have been surpassed anywhere; people in the south-west were privileged to hear such sublime playing.

Public recognition for what the festival does each year for the local economy is also a major step forward and the fact that Classic FM chose to put this on air says much for the status and profile of an event that is increasingly known worldwide. It’s not just the music that makes the Two Moors Festival such a success. It’s the fact that tourism benefits by £300,000 in the ten days of operation.

The artists, without doubt, were inspired to give their best. Pianists Angela Hewitt and Imogen Cooper gave astonishing recitals, as did Mark Padmore and Trevor Pinnock. Kate Royal achieved miracles by choosing to sing Mahler and Strauss in an environment as far removed from the Wigmore Hall as one could imagine. The Doric Quartet’s performance of Beethoven’s Op. 130 quartet was mesmerizing, as was the playing by pianist Jayson Gillham with the Carducci Quartet of Schumann and Brahms’s (F minor) Piano Quintets.

The younger generation of artists came up trumps too with a corker of a concert given by Notus Winds, Eton’s music scholars revealed their supreme talent and the four Festival’s Young Musicians Platform Competition winners proved just how much fun can be had from making music.

An overriding opinion this year has been the unique atmosphere to be found at a Two Moors Festival concert. This came in the form of attentiveness of the audience together with a silence that was apparent at the end of a work or the performance itself. All the artists were affected by the intensity of this reaction, many remarking that it seldom happens in such a way.

One crucial thing to say is a big thank you to all those valiant volunteers who gave so much support. Without them the festival would not have operated. Thank you also to all those wonderful artists who, by their performances, gave so much pleasure to their listeners. Thank you to all the super people who came to the concerts – your rapturous applause after each concert said it all!

Christmas Concerts at Tiverton Parkway Station The concerts in the Ticket Office have been so popular that the Festival is putting on three festive concerts in December. 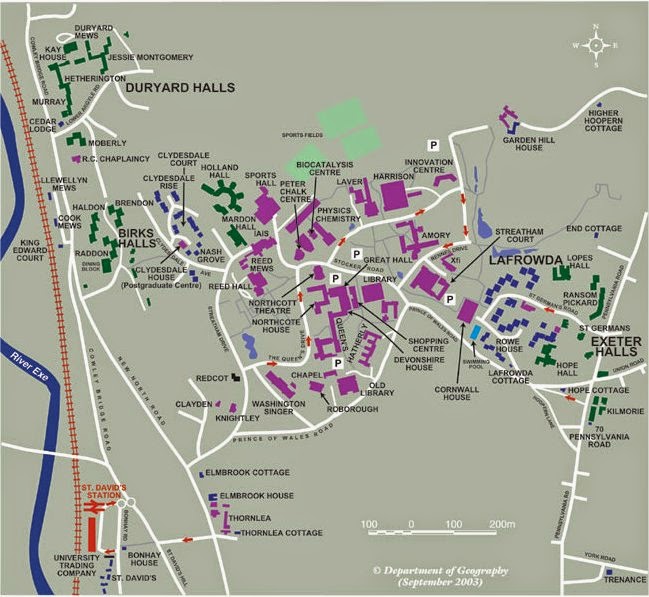 .
Posted by Luch Càise-Dearg at 23:19 No comments: Links to this post


This opera is not the story of a classical space journey, but rather an elaborate confidence trick played on the miserly Buonafede. Ecclitico and Cecco hit on this elaborate ruse to rob Buonafede of his fortune - and pursue his daughter and servant, Clarice and Lisetta, at the same time.

Haydn's incredible imagination is realised through his brilliant music, and the special staging created by English Touring Opera. Cal McCrystal's direction is imaginative and magical. This opera is at the end of it's tour of England, and the performances at Exeter Northcott Theatre this Wednesday and Thursday will be the last.


Back-to-back with Haydn's "Life on the Moon" are the two final performances of ETO's production of Handel's "Ottone". This very serious opera is based on the real events of the life of Holy Roman Emperor, Otto II. In true baroque style the most powerful male character (Otto himself) is played by a high-voice tenor, Clint van der Linde. Contemporary audiences associated the technically difficult high male voice with machismo and power.

To tell us more about the historical context, and the authentic instrumentation for this production, Director (and counter-tenor) Jonathan Peter Kenny will join "Classical Journey" on Phonic FM (106.8 FM in Exeter, or online) at 10.15 this Tuesday (18 November) for an on-air discussion.


Jonathan will also be able to able to tell us about the final crowning concert of the ETO tour. On Sunday 23rd November Jonathan will bring Soprano Gillian Webster, Countertenor Andrew Radley, Tenor Ronan Busfield and Baritone Johnny Herford together with his own "Old Street Band" (authentic baroque orchestra based in Old Street, London) to perform advent cantatas by Bach.

A perfect end to a very successful and popular tour.

Both operas will be sung in English - no Italian revision required!

There was also a spellbinding rendition of Vaughan Williams' Sixth Symphony, and an intriguing performance of Korngold's Violin Concerto, without solo violin. (Mihkel Kerem will join the orchestra tonight.) Completing the picture was Butterworth's "The Banks of Green Willow" featuring lilting strings and superb woodwind solos for several players.

The standard of playing is quite extraordinary. Gill Crew leads skilfully, keeping the string section in tight formation while the woodwind and brass sections blow up a storm. It is not just in the Military Suite that the horns amaze with their immense power.

Virtually every woodwind player steps forward for a solo performance during tonight's programme. Ruth Molins (of course) - who is going to play Mozart's Concerto for Flute and Harp with Sally Jenkins next March - and also Caroline Thomas and Tara Fletcher (oboes), Karen Gale (clarinet), Christine Austin (cor anglias), and special solos for Rosie Lester (tenor saxophone) and Robert Stevenson (piccolo). Every one is a joy to hear, and a showcase of passion and precision.

Despite the underlying theme of tragedy and sadness, this concert revives the spirits with its variety and exuberance. Southernhay Church tonight will be the place to experience the highly polished sound of our very own symphony orchestra.

Tickets to the concert cost £12 are available at the door.

It is not too late to book in advance at the Tourist Information Centre (opposite the church).

Advance tickets are only £10.

Anyone under 18 and still attending school or college can enjoy the concert FREE.

Take a look at some of the wonderful musicians at Tuesday's rehearsal, preparing for tonight's perfromance . . .

Posted by Luch Càise-Dearg at 03:15 No comments: Links to this post


Recall was created from the project 'Treasure Island: A Forensic Investigation of a City' winner of Confocal Laser Microscope Images - Artwork by Seran Kubisa Music by Robert Fage & Stephen Tait

Stephen Taitʼs orchestral scores and ambient soundscapes draw you into the objects story. Robert Fage has used original source material and found sounds, which are processed in an unusual way to invoke ghosts from the objects specific moment in time. Images displayed are from Seran's archives ofʻTreasure Island: A Forensic Investigation of a Cityʼ winner of Arts Council England award for public art and innovation.

These appear in Recall film and have been the inspiration for the Musical score. All the archives and be viewed on the website www.cityforensics.com Seran Kubisa artist film music will be playing from Recall film a multi-media response by artist Seran Kubisa to her archives of historical and scientific investigations including the ambitious Public Art project ʻTreasure Island: A Forensic Investigation of a Cityʼ - Portsmouth 2006-2010.

Recall invokes memories stored in fragments of the aged objects. Kubisa uses a high-tech scientific process on the confocal laser microscope to extract the artwork from the minute fragment, which then becomes an intrinsic part of the film reel and the trigger to the memory being released through stills, film scenes, film archives and sound.

The film has an original score and Seran Kubisa has worked with contemporary composers Stephen Tait and Robert Fage to respond to the objects era, heritage events and living stories. Stephen Taitʼs orchestral scores and ambient soundscapes draw you into the objects story. Robert Fage has used original source material and found sounds, which are processed in an unusual way to invoke ghosts from the objects specific moment in time.

Investigations Locations The most in depth investigation has been in the city of Portsmouth where it has revealed national heritage archives, personal histories and stories of life, hardship, love and death. The film reveals these collective experiences through its social dissection of life. Archives have been created and fragments collected from diverse locations: The Mary Rose, HMS Victory, Royal Naval Museum, D-Day museum, Public open sessions and groups.

Artefacts have included historical gems as well as personal objects: dog skeleton from The Mary Rose, Lady Hamiltonʼsʼ Dress Hem, a hair from Lord Nelson, WWII Diary, Birth Tag amongst many. Other Investigations have been conducted on the artistsʼ sitting room, at Coutts & Co Bank, London and Carla-Bayle a village in France. 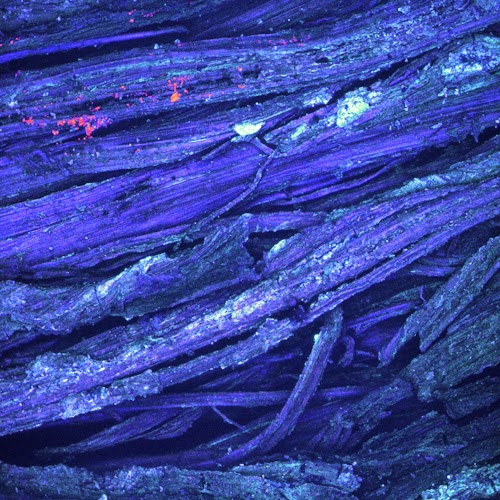 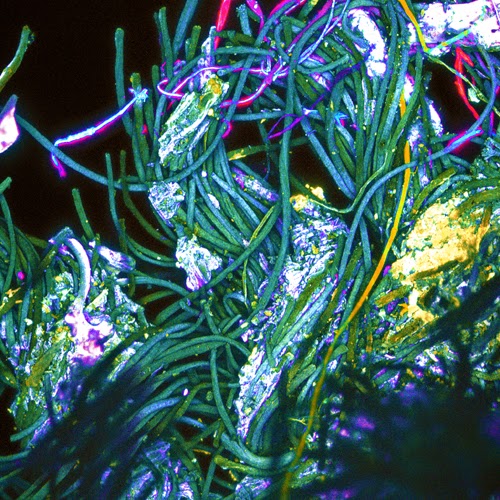 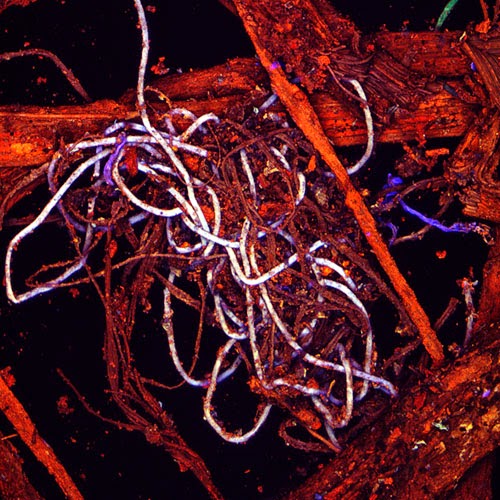 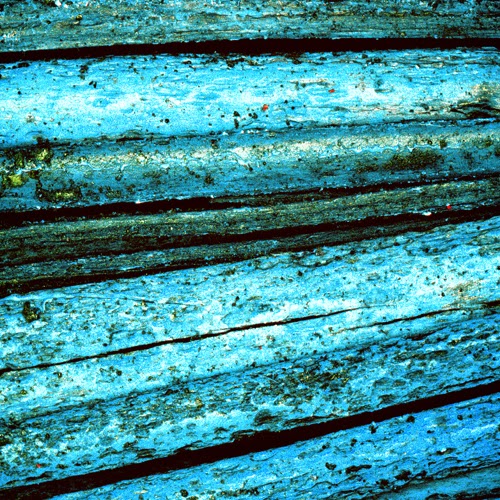 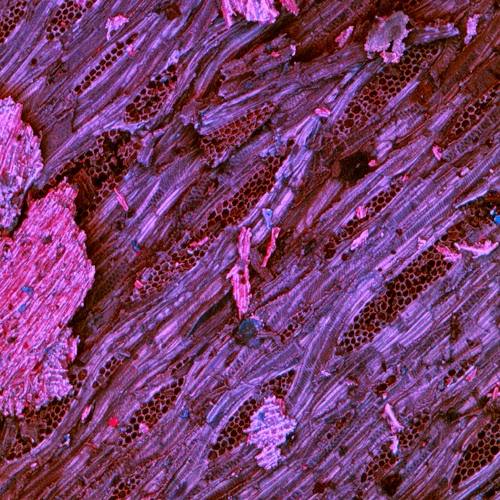 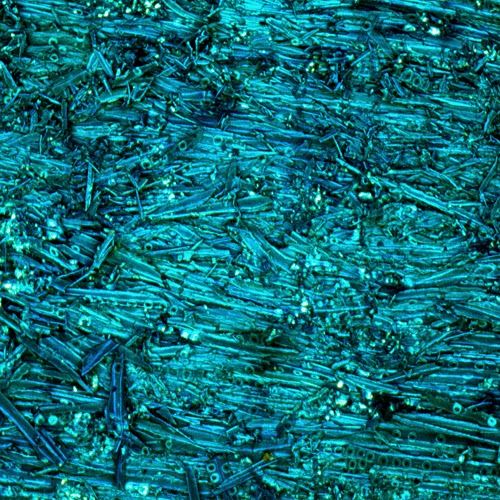 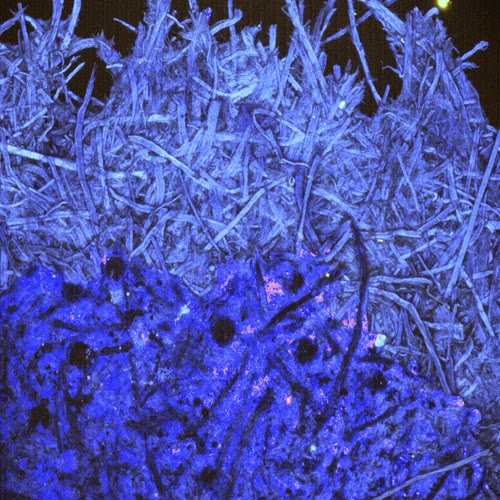 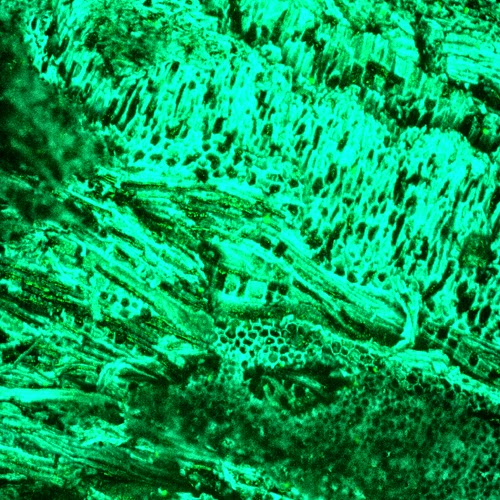 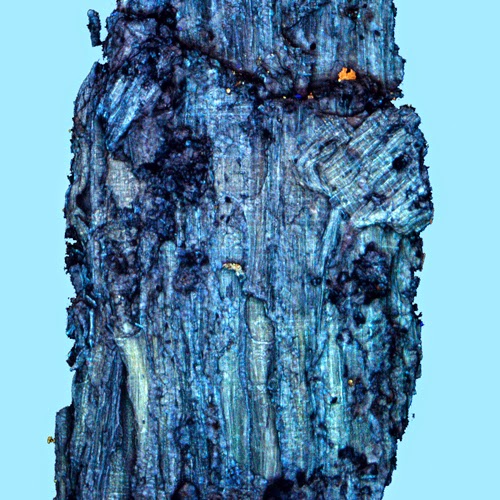 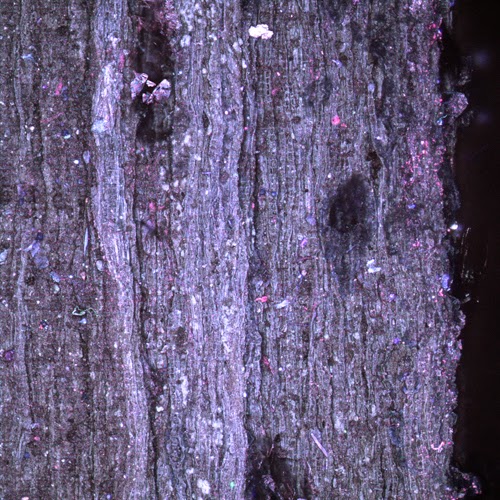 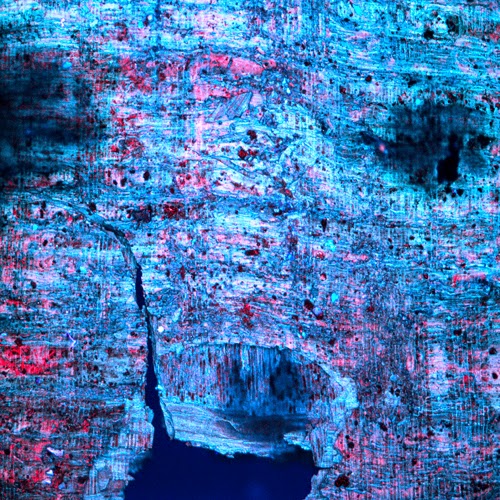 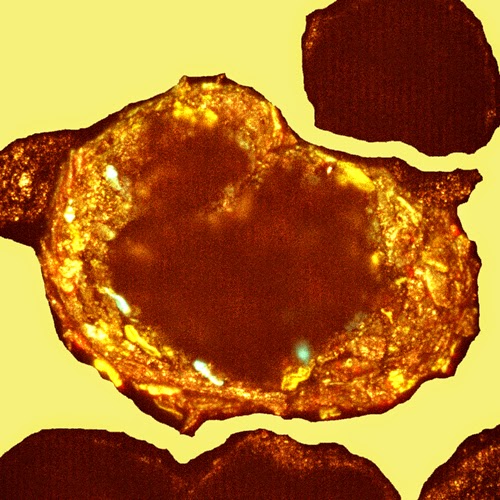 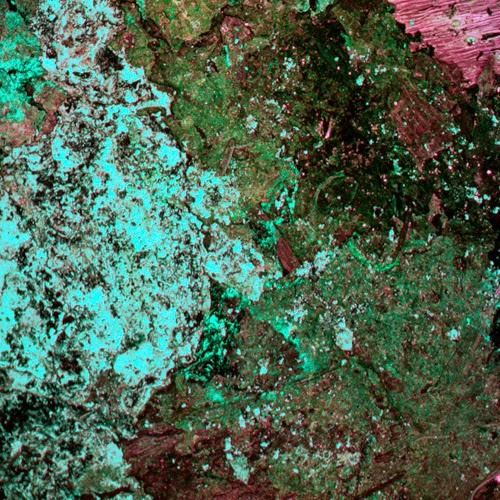 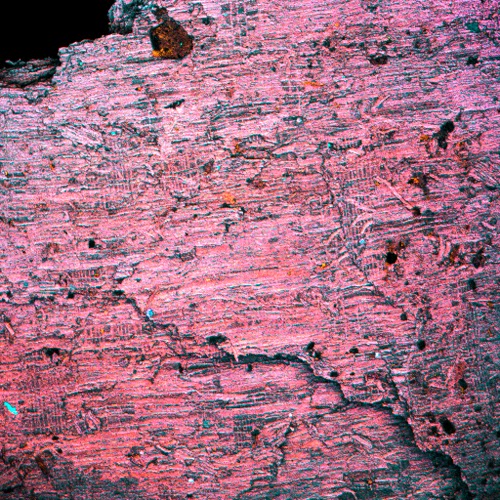 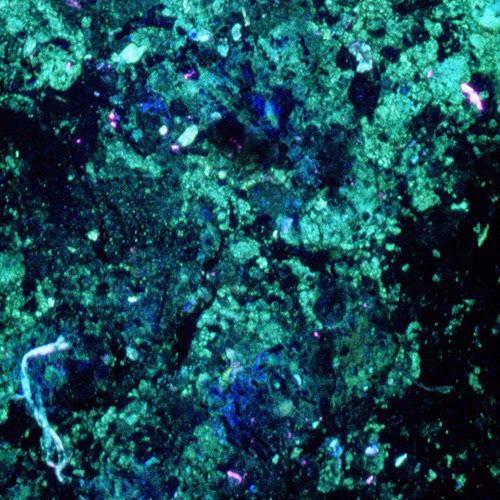 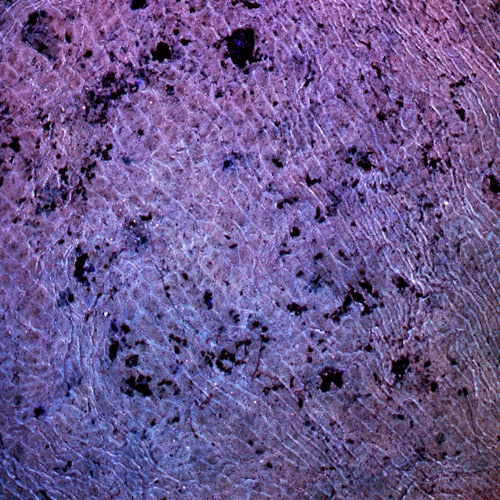 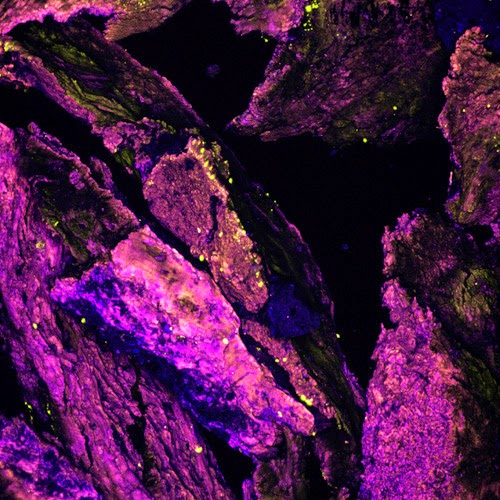 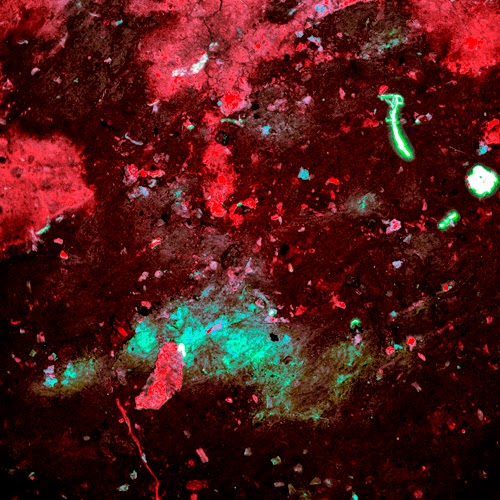 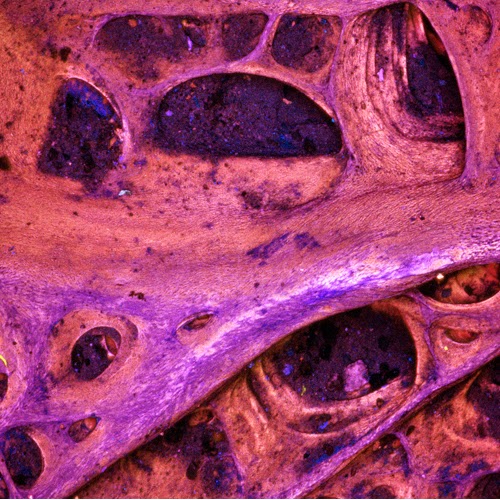 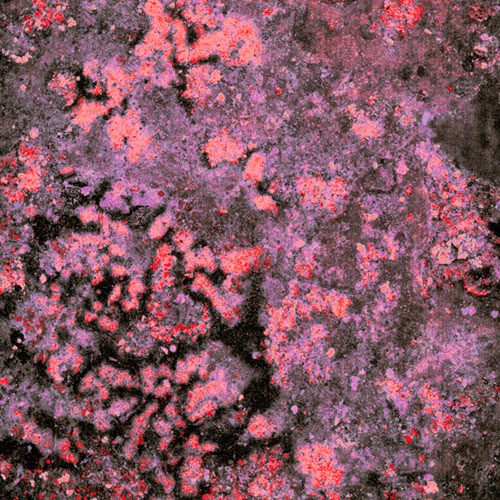 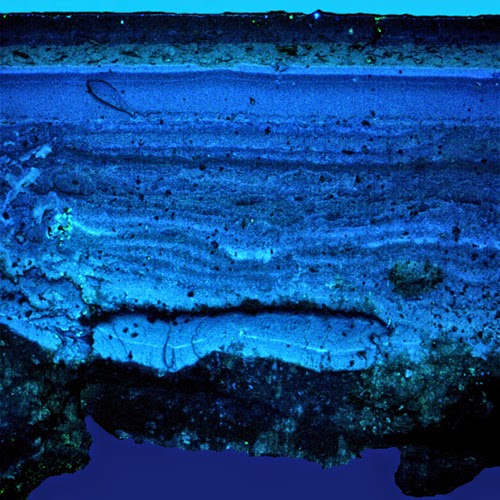 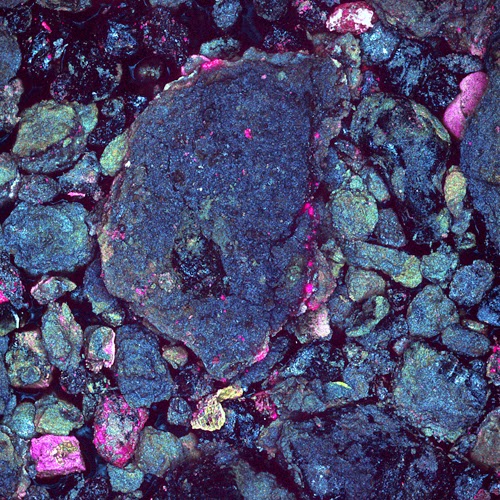 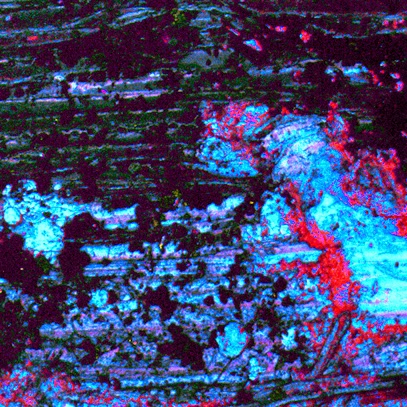 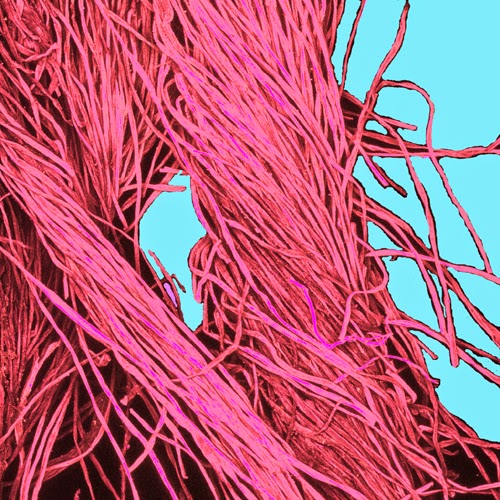 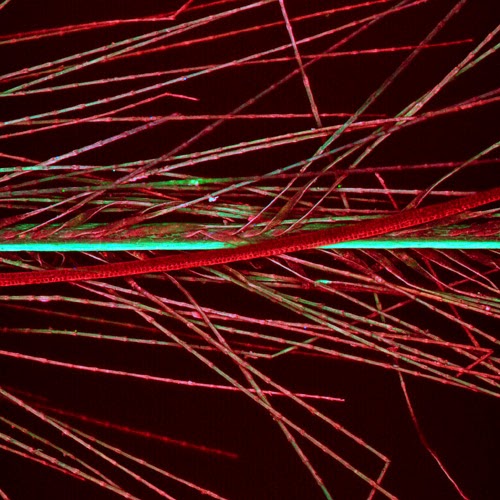 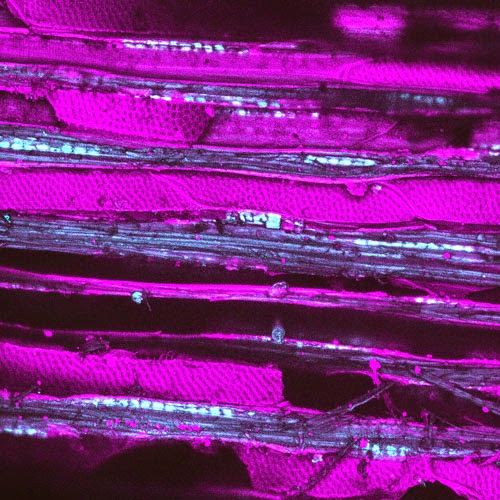 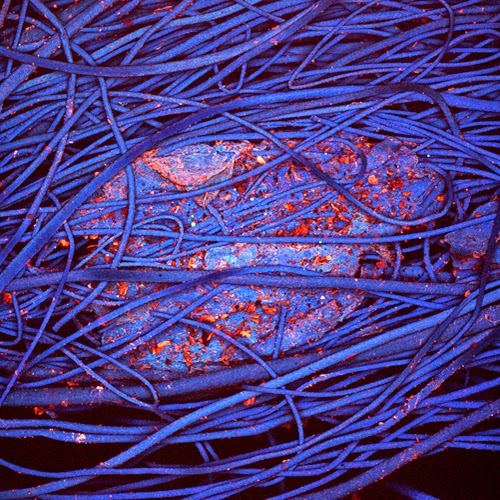 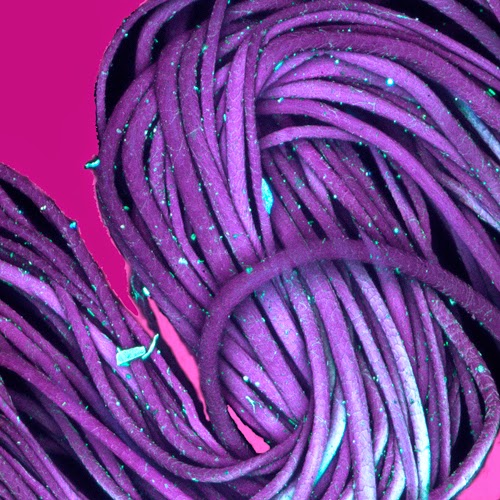 Posted by Luch Càise-Dearg at 12:31 No comments: Links to this post