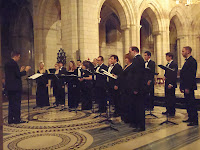 Apologies:
This concert has been
CANCELLED 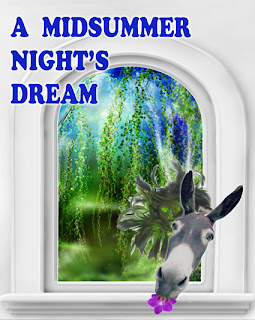 Posted by Luch Càise-Dearg at 00:21 No comments:

“one of the nerve-centres
of the alternative-classical scene”

welcomes a number of composers
and their new compositions
to the last event of the season.

There will be pieces for:
guitar
flute duo
bassoon and piano
solo piano and electronics
laptop and field recordings
double bass and saxophone
Casio digital horn and electronics

Our most varied programme so far!

The live music sets will be interspersed with DJ sets
by local composer and student, Michael Brailey,
mixing electronic and avant-garde music
from Disclosure to Stockhausen
and everything in between

"I write music that uses a variety of sound sources
to create new sound worlds.
Currently those sound sources include guitar,
computer, field recordings and software synthesisers.
The guitar is the central focus of the music,
and I combine prepared/tabletop and drone techniques
with conventional playing and simple chord structures."

"Classical music can be part of everyone’s life
and this night is part of rediscovering its relevance."

An Evening of Poetry, Songs & Guitar

A concert filled with sultry Latin and American vibes:

A fabulous evening - don't miss out!

Posted by Luch Càise-Dearg at 10:53 No comments:


Ever since the inception of 'Substance and Shadow' Theatre Company, Rosie and Midge Mullin (stars of Louis Ravenfield's 'Exeter Alternative Theatre' Company) have been systematically raising the bar with their outstanding theatre productions in Exeter.

Back at the end of September 2012 Rosie directed Midge with fellow EAT veteran Michael Gilpin in a profoundly disturbing performance of Harold Pinter's dark satire 'The Dumb Waiter'. Almost immediately after that success, direction was taken over by Sarah White who (with Chloë Whittaker) had directed Louis Ravenfield's production of Doug Wright's biographical play about Donatien Alphonse François, Marquis de Sade - "Quills" (starring, as the Marquis, Midge Mullin).

In January this year the new line-up appeared at the Bikeshed Theatre and City Gate Hotel performance space in their new production 'Skin Deep'.

Sarah directed while Rosie and Midge wrote. And performed. In 'Skin Deep', Rosie and Midge play skingirl, Pearl, and willing convert Jem. Pearl, in her moving soliloquies, expounds the empowering inclusiveness of group membership while questioning the association with the National Front. Newcomer Jem has no such scruples and espouses the most extreme racist leanings of the group.

We pick up the story in 1980 when Jem, who has met Pearl in London, returns to his home town of Exeter. There he immediately renews his connection with Alex, his 'brother'. Although not related they were drawn together in childhood by their shared experience of family break-up. New to the equation is Alex's brother Samuel  who, only a boy when Jem left, is now a young adult. Referred to exclusively as 'Biro', Samuel is reclusive, introverted and very impressionable. He keeps notes about all his experiences on scraps of paper with his biro.

Alex, who has a well paid job in Exeter, spends his money on sharp clothes. He mixes with a very dysfunctional trendy set, defined by self-aggrandisement and jealousy, who follow the 'Two Tone' musical movement exemplified by 'The Special AKA'. Jem and Alex, who now live quite different lives, find connection through their shared appreciation of Jerry Dammers' music. Jem in his compartmentalised, racist, thinking overlooks the inclusiveness of ska - and the connection between 'The Specials' and Joe Strummer's 'The Clash' in the 'Rock against Racism' movement, founded in 1978.

(This connection brings to mind the early days of John 'Woody' Mellor - later Joe Strummer - and his band the 101ers, which featured the saxophone and vocals of 'Big John'. Big John was the name used by a sadly missed local musician, famous for his Saz playing with Compagnie Giulia, Simon John Cassell.)

Where Jem's thinking is unsophisticated, Biro is oblivious. Belatedly interested in the culture of the seventies - heavy metal, chopper bikes and rubik's cube - he also quickly absorbs the new ideas of the trendy Gem and Pearl, both of whom he adores. Jem's confusion is amplified by Biro's actions, based on his simplistic understanding - with tragic results. (No clues! You have to see the play to find out what happens next.)

The writing, directing and acting are sensational. While Rosie, as Pearl, sits comfortably, Midge's portrayal of Jem is shocking - a spiteful, destructive character which cuts right to the heart of the aggressively lazy 'outgroup' culture of eighties racism. Mike Gilpin is outstanding as Biro, accurately depicting the limited outlook of compulsive psychology, but never a caricature.

In January Dean Elliot was the sharp-dressing Alex, very convincing in his cool vanity. For the May reprise, Alex was played quite differently by Nathan Simpson who gave the character a more earthy edge - still cool, but distanced from the fashionable cool of the eighties London scene. Where the original ended on a cliffhanger (no clues!), the new version for the Ignite Exeter Festival ends with an epilogue by a new character - Alex and Samuel's mother, Mrs Coombes played by Jill Coley - who succinctly summarises the outcome, and significance, of the preceding events. An unexpected and impressive performance.

This is a very moving production. Sarah White has directed simply and effectively, and to devastating effect. Credit must also go to the sound and light technician, Samantha Taylor, who transported us so convincingly back to music and culture of 1980 Britain.

Although Saturday's performance at the Bikeshed was the last as part of the Ignite Exeter Festival, there are two more opportunities to see 'Skin Deep'. On Wednesday 19 June, and Friday 21 June at 7.45pm, Substance and Shadow Theatre Company will be at the Barnfield Theatre in Exeter (venue of Midge's appearance as the Marquis). 'Skin Deep' will be performed in the Clifford Room both nights - contact the Barnfield (01392 270891) for tickets (£8 a head).


The Academy concert is a repeat of the concert at Shaldon on Friday 21 June
and will be repeated at Minehead on Friday 19 July.