To all our dear friends, fairies, and supporters

You don't hear from us for months, and then suddenly it's three emails in a week!

We promise to be quiet for a while after this, but enthusiasm has taken over and we just had to remind you about tonight!

'A one-off event TONIGHT that will never be repeated!'

Thanks to National Lottery funding, the Chagford Film Festival splashed out a whacking £5,000 to hire two state-of-the-art projectors and an incredible high quality sound system. 370 years after Mary's tragic life, her story unfolds across the facade of the house where she lived and the church where she died. An 8 minute sequence of images taken from our forthcoming feature film has created especially for this event.

Audiences were blown away yesterday by hearing the dramatic music and the fatal gunshot echoing across the graveyard under a Dartmoor night sky with a waxing moon and scudding clouds.

The autumn opera gala at Poltimore House is perhaps the most atmospheric musical event on the calendar. In 2010 mezzo-soprano Claire Powell and baritone Roderick Hunt joined Clyst Valley regulars Janet Macdonald and Christopher Hunt (no relation) for an unforgettable evening. As the last rays of the setting sun shone through the shattered windows of the entrance hall, a fascinated audience, provided with blankets, wrapped themselves up and spent two hours listening to our four talented and hardy soloists perform popular arias from classical opera.

The effect was unique. A trip back in time, both through the music and the atmosphere of that long abandoned house. exploring the other parts of the house in the interval only added to the effect - especially when people saw the looted and desolate, but still magnificent, ballroom. When that is finally restored, what concerts we can have!

Since then many others have performed in the magical environment of Poltimore House - Julian Rippon, mezzo Anneke Freeland - and Mary O'Shea (see snaps from last summer!)

The Poltimore House Trust and English Heritage, amongst others, have made great progress in raising the millions of pounds needed to restore the building. Now they take on a new challenge - asbestos! The house was used as a girl's school between the wars and then converted into a hospital. Somewhere along the line asbestos was introduced into the structure. Now it must be removed - safely and thoroughly. Although this does not increase the overall cost of reconstruction by a large factor, it has created a hiatus in the building programme.

Resourceful as ever, the Opera Glass organisers switched venue to the Poltimore Chapel (already free from asbestos). The chapel is relatively modern -built in the twentieth century, unlike the original house (sixteenth!). However, it does have a very special character of its own. with the grand piano installed, and four soloists lined up to sing, there is quite an atmosphere.

As always Peter Macdonald was master of ceremonies, introducing each aria with inciteful information and dry wit. Janet Macdonald and Chris Hunt were on top form, and joined by two more amazing soloists - mezzo Juliet Curnow and a familiar face from last summer, bass Julian Rippon. Julian and Juliet have performed together many times combining their professional talents and experience to astound audiences all over Devon.

The quality of the singing, the supremely sensitive piano accompaniment by two new accompanists, Margaret Chave and Dorothy Raven, and the special quality of that wooden building, resulted in a most glorious sound. Every word was clear (and non-English lyrics were translated in a very handy little leaflet). The performers, knowing they were getting their message across loud and clear, injected effortless wit and character into their respective parts.

To find out more about the renovation of Poltimore House, how to help with the restoration, and ways in which the house is already 'open for business', contact the Poltimore House Trust

The Next Opera event is 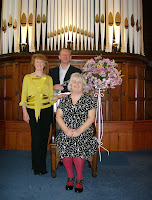 Posted by Luch Càise-Dearg at 11:46 No comments:


And there are ten more events to come,
in the Chagford Film Festival! 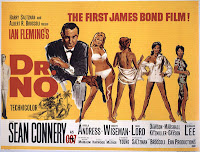